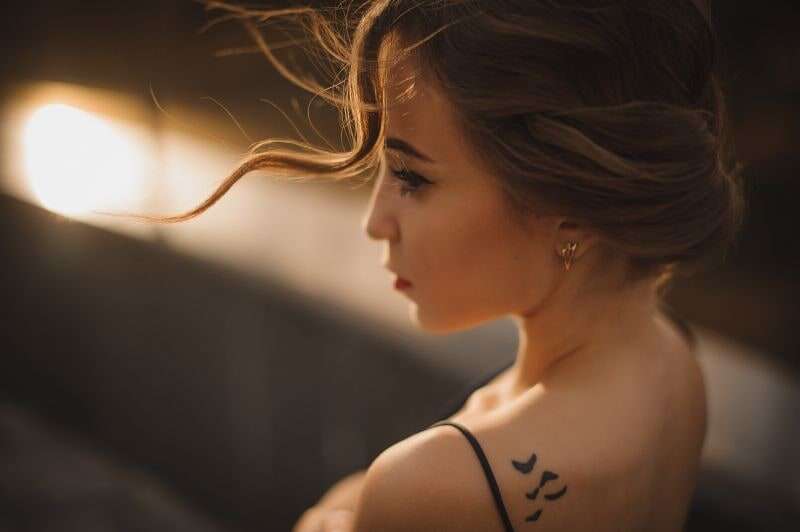 After a local anaesthetic is applied to the treatment area, Dr. Kok will use a Nd:YAG laser to remove your tattoo. The laser delivers precise pulses of energy into the skin. The tattoo pigments consequently absorb these energy pulses and shatter into smaller fragments, similar to how a sugar cube disintegrates into smaller grains.

This in turn triggers the body’s immune response to naturally flush away the ink fragments, causing the tattoo to fade gradually over time.

For a more detailed breakdown of what to expect, click here.

While laser tattoo removal generally does involve some level of discomfort, most patients generally find the process bearable, especially after the application of a local anaesthetic. Most patients commonly describe the process as a warm, prickly sensation.

How many sessions will I need to remove my tattoo?

Multiple sessions will definitely be required, as the tattoo pigments take some time to fade naturally. Sufficient time must also be given in between treatments to allow your body’s immune system to flush away the shattered ink fragments and your skin to heal in between sessions.

The number of sessions needed for your tattoo removal will depend on a number of factors:

Are there any side effects? Will it leave a scar?

There is little to be concerned about when it comes to scarring, unless you have a history of keloid scarring.

Scarring from the laser is very unlikely, as the laser does not penetrate the skin deeply enough to cause a scar, and the laser energy pulses delivered into the skin often precisely target the tattoo ink pigments while leaving surrounding tissue intact.

Yes, the laser tattoo removal protocol is one that is safely and widely used. With proper aftercare in between treatment sessions, your tattoo can be removed gradually in a safe manner and with minimal side effects.